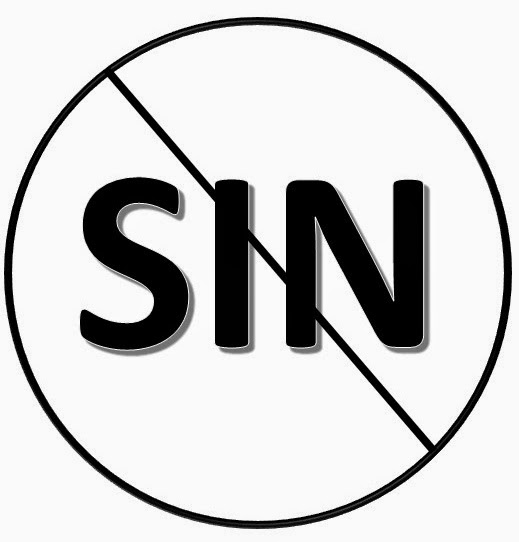 Have you noticed that we all have a tendency to whitewash the sin in our lives?
We explain it away, ignore it, rationalize it.......but find that it is so hard to actually face it! When it comes down to it, we would rather look at the speck in our brother's eye and ignore the plank in our own!

I was reading through a devotion yesterday and sin was described in this manner: Sin is blatant mutiny against God, and either sin must die in our life....or God. The choice is ours.


OUCH!!!
MUTINY!!  I had never thought of it in that way before! Mutiny is defined in the Merriam-Webster dictionary in this manner - a situation in which a group of people (such as sailors or soldiers) refuse to obey orders and try to take control away from the person who commands them

How often have we been guilty of that.  We try to tell God the way that He should act, react, respond, resolve.....the list goes on and on.

Get a proper perspective of what was done on our behalf from Isaiah. A great price was paid for our sins, so that we could spend eternity in heaven. I am truly thankful for that payment and never want to mutiny against my Savior and Lord. I want to serve Him full blast until I find myself in heaven!

Isaiah 53:3-6
"He was despised and rejected - a man of sorrows, acquainted with deepest grief. We turned our backs on him and looked the other way. He was despised, and we did not care. Yet it was our weaknesses he carried; it was our sorrows that weighed him down. And we thought his troubles were a punishment from God, a punishment for his own sins! But he was pierced for our rebellion, crushed for our sins. He was n so we could be whole. He was whipped so we could be healed. All of us, like sheep, have strayed away. We have left God's paths to follow our own. Yet the Lord laid on Him the sins of us all."
Posted by 3 Girls, My Guy, and I at 3:10 PM