What is the difference between persecution and contradiction? Well, I am sure that many Americans today have never thought about it! 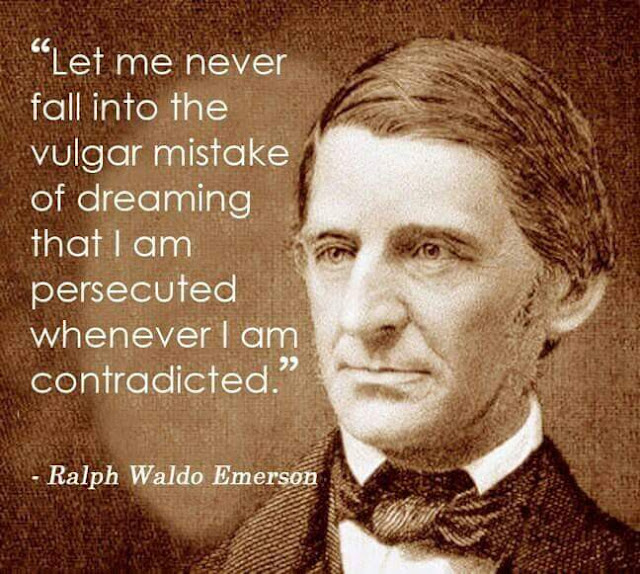 I mean, not really. It seems that to most Americans there is no difference between those two words. You don't have to look very far to see examples of either contradiction or persecution.
Politically our country is more disunified than ever before. No longer are we allowed to voice differing opinions and allow a majority vote to be taken and stand, no now contradiction is viewed as hatred. What?! Wake up people!! We can feel strongly about different things and still be kind, considerate, and compassionate to each other. Especially when there are true acts of persecution being committed every day.
Persecution......now that is something far different from contradiction.
By definition, persecution is to treat someone cruelly or unfairly especially because of race, or religious and/or political beliefs, or to harass or punish in a manner designed to injure, grieve, or afflict; especially: to cause to suffer because of beliefs.
Persecution is action. When I have a contradicting idea or thought from someone else, that just means we view things differently. That will happen from time to time. I don't expect everyone to agree with me all the time. I mean.....do you?
Other things I don't expect to happen in America is for Christian students to be punished for reading their Bible, or praying for their lunch! I don't expect Christian politicians to be called finatics because they have a Godly moral compass. I don't expect Christian teachers to be fired because they believe something different than what their curriculum teaches, or for Christian workers to be passed over for a promotion because they don't go out drinking after work!  I also don't expect to turn on the news and watch as Christians are paraded out in orange jumpsuits just before being beheaded for serving Christ! But that is what is happening.
When did all these things become okay? I dare say it happened when the church was sleeping. My dad has said this phrase to me my whole life....."Be careful of compromise.....what you compromise to get, you will ultimately lose." I agree with that statement wholeheartedly and have had to walk out the consequences in my own life a time or two. I believe we as the "Church" lulled ourself to sleep in the name of compromise in an attempt to "make peace" with the world and all the contradiction. We wanted to "play nice" so to speak, and compromised things that the Word of God said never to compromise!
So what do we do now! WAKE UP! We wake up and pray and serve God wholeheartedly. We show the world what it means to be a Christian! We love our neighbor like we love ourselves and make sure we love them enough to tell them about the Savior that died for their sins!
WAKE UP CHURCH! Find your voice! Yes, we may face contradiction.....we may even face persecution, but it is worth it all to share the love of Christ with those around us!
WAKE UP!
Posted by 3 Girls, My Guy, and I at 9:06 AM